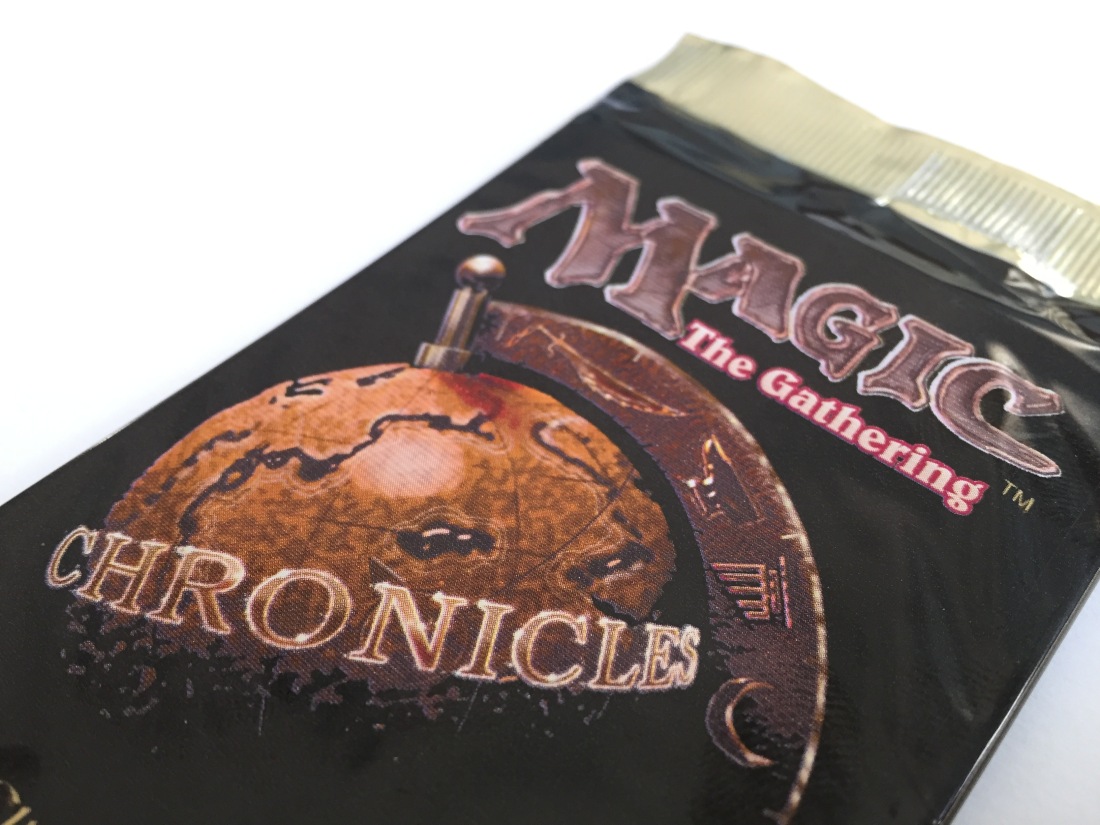 The year is 1995. You want some better Magic cards but all you can get is Revised, Fallen Empires, and Fourth Edition. The older kids at your local comic shop keep pummeling you with Juzams and Erhnams. What do you do? Wizards of the Coast had a solution: reprint a bunch of cards from the first four expansion sets.

Chronicles was released in August of 1995. It’s a reprint set that reprinted selected cards from the first four expansions: Arabian Nights, Antiquities, Legends, and The Dark. Due to scarcity of these sets, Chronicles was to make hard to find cards more available for newer players. This seems great, right? Well, it was if you hadn’t already spent all your money on the older, more expensive black bordered versions. The reprinted version of cards caused the original versions to lower in value. Clearly pimping out your deck wasn’t a thing in 1995 like it is today.

The weird thing is that they already had been doing reprint sets in order to make older, harder to get cards more available. They must have felt that Fourth Edition didn’t have enough cards in the set to sufficiently compete with the card pool that was out there. Chronicles was the first in what was planned to be a second string of reprint sets all to be called Chronicles. By the time Fifth Edition was in the works, however, Wizards realized it was easier to just put them all into one set rather than two separate ones.

Some cards weren’t reprinted in order to keep the game balanced. Juzam Djinn is among one of the non-reprinted cards which is why we pay top dollar for them today and Erhnams can be bought for under a hundred dollars (or under one dollar if you go with Chronicles).

The reaction to Chronicles (and Fourth Edition, I believe) brought us the reserved list. The reserved list is a list of cards that Wizards has promised never to reprint so that they hold their value. Many people were happy about that while others who were hoping for more reprints, were not happy. While many people have wanted it abolished over the years, the reserved list still stands to this day. Here’s a bit of trivia: Wall of Shadows was originally printed in Legends but when reprinted in Chronicles it got the Antiquities symbol stamped on it. 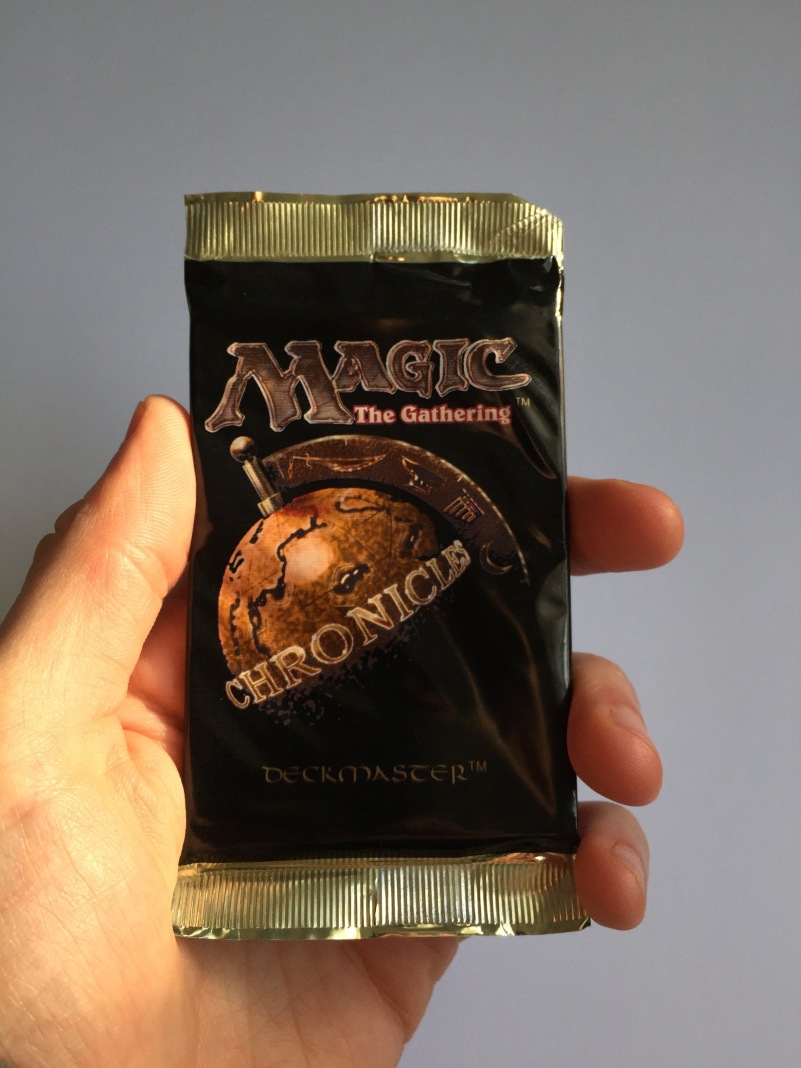 A Chronicles booster pack can be bought today for around $8 which is probably a few dollars more than it was in 1995. Still, it’s much cheaper than an Arabian Nights or Legends pack. Booster packs from The Dark are pretty inexpensive. They sell for about $15. As you can probably tell from the pictures, I have a Chronicles pack here ready to pop.

Not a bad pack at all. There are some decent cards in here. Witch Hunter, Scavenger Folk, Divine Offering, Dandan, and Urza’s Mine are all very usable cards. Bog Rats isn’t too bad either. I already have that version of Urza’s Mine but it’s pretty cool to get one in a booster pack. Also up on the top left are two Elder Dragon Legends. They both seem unplayable but they look awesome.

Urza’s Mine is such a great looking card. I’ve wanted to make an artifact deck with all the Urza lands for a long time. Unfortunately this was not the Urza land I am missing.

If you’re getting into Old School Magic for the first time without cards to use, you can thank Wizards for this set. Chronicles (among a few other sets) has made it so much easier for me to build decks when I first got into Old School. I still use a playset of Chronicles Erhnam Djinns and I probably will for a while. I should make a GoFundMe campaign called “Pimp My Old School Decks.” Thanks in advance for any donations…just kidding.